I thought this was a cute tub so I took a picture of it and then realised it looks like I am advertising it. Well, I suppose I am! There was a very sweet guy at Taste of London with the best Mozzarella you've ever tasted on his stall. I bought a bag when he asked if I had tried the Burratina as it was in another league. I tried it, fell in love but said I didn't think I could spend £8 on one smaller-than-my-fist sized ball. So I smiled regretfully and he gave me one for free! The guy next in line said it was unfair (he was shorter than me and slightly balding) and that he wasn't going to be able to charm his way to a freebie so Mozzarella man gave him one too and rolled his eyes at me.
So, Waitrose do a fantastic 'wheat n rye' bread and toasted it makes a really interesting bruschetta base. Or in this case just to soak up the Mozzarella because as soon as you break the skin, the cheese spills out like cream - very special indeed. I wrapped some ripe figs in parma ham and purple basil with plenty of black pepper to accompany the cheese. 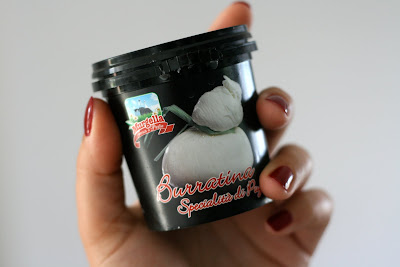 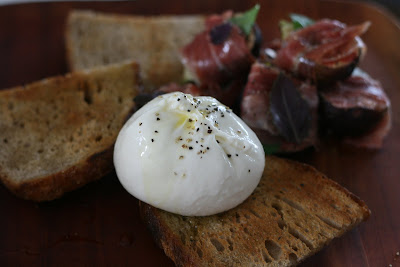 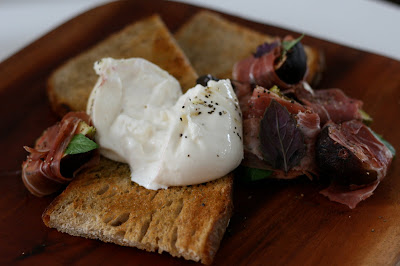