Trifle - Do something Passé today

I think it's funny that people think I must be a food snob, I love cheap n cheerful, I love simple and I don't mind a cheat. My earliest memories of puddings would be my Nan bringing over Sara Lee Frozen Chocolate Gâteau and Raspberry Pavlova on the weekends. I wonder if they still make them? My Cousin Leina had us all over on the weekend for a big lunch to get us all together before a few of us disappear. I thought I'd bring a pudding, (to add to the four she already had plus cheeseboard) yes the Taylor's know how to eat!!
I've never made a trifle before but thought it can't be hard without a recipe, and you can make it to the exact quantities that suit you.
Bake a sheet of Sponge and let cool.. 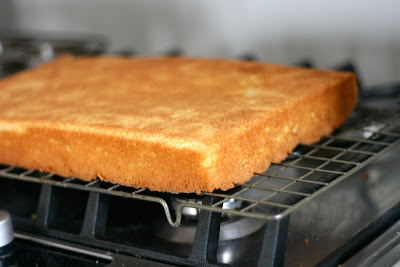 Cut into blocks and press into the bottom of a glass bowl or trifle dish (please make the sponge and don't buy those trifle sponge biscuit things, I swear this is what makes it) Now sprinkle with sweet Sherry. (Liberally) 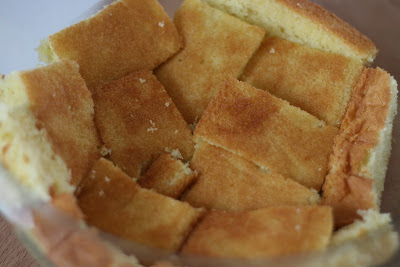 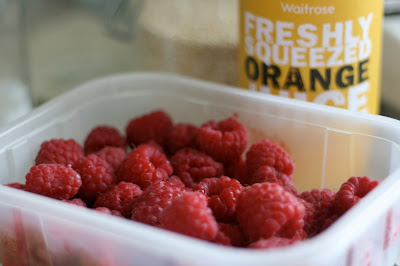 Next simmer a punnet of raspberries with a glug of orange juice and some caster sugar until the raspberries break down and get jammy! 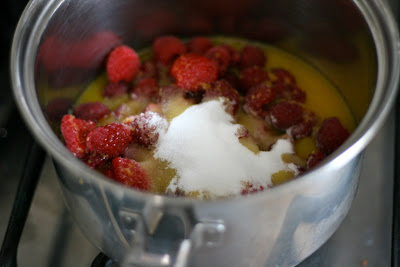 Pour over the sponge 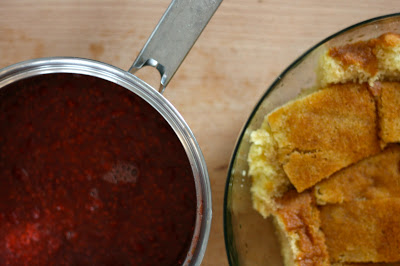 Now I made jelly the night before because I don't like the idea of the jelly soaking into the sponge like a traditional trifle. This is what I made the coulis for! I added fresh raspberries to the jelly, cassis and chambord for a little decadence. Spoon over the top and squidge down the sides of the sherry soaked sponge. 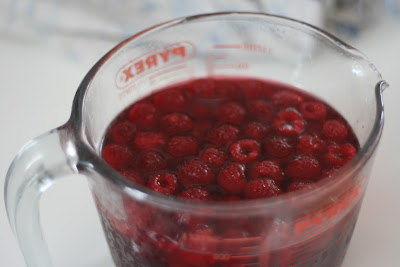 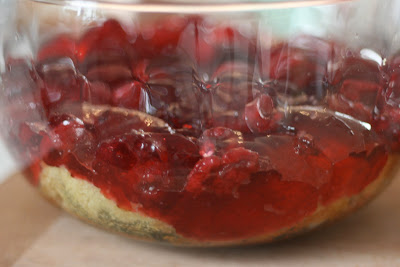 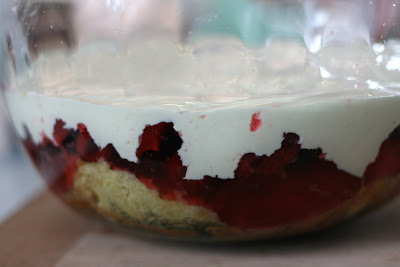 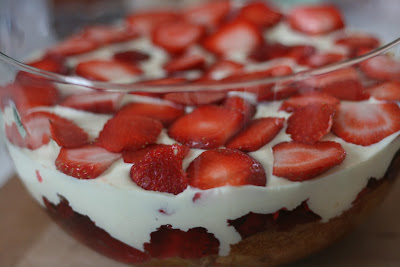 So this is where I had the brain wave of whipping the cream by hand whisk to cancel out my portion of the trifle later on, ah clever thinking.... pfft I nearly passed out. Who needs a gym? 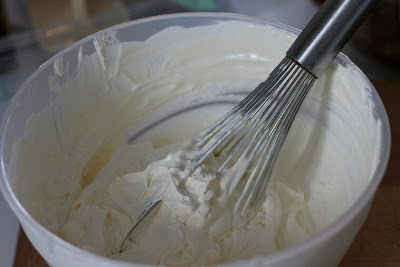 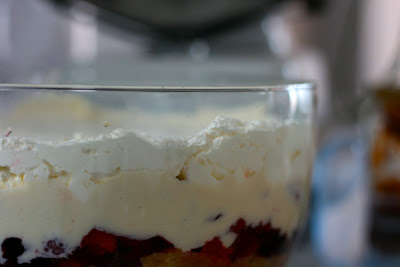 Shave some chocolate curls off a bar with a sharp knife... 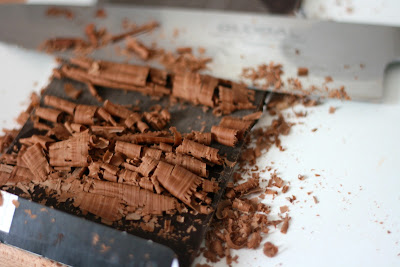 And scatter like you haven't a care in the world. It's a good idea to refrigerate for at least a few hours before eating. Nick tells me if his family have trifle at home a short silence descends on the table to hear the first spoonful that sounds like a parp! Mine didn't, more jelly next time? 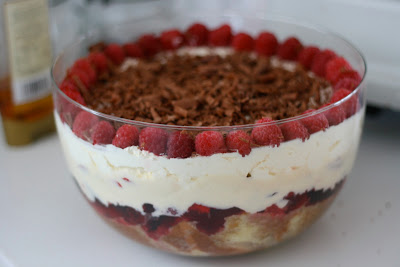