Salmon cured in Beetroot and Gin

I have an awful habit of purchasing without a plan. That said, when I bought this side of salmon from the fishmonger because it looked so lovely, it worked to my advantage as I had to think on my feet for what to do with it. I had already made dinner plans out and certainly wasn't having enough people round to cook for. So, with my boyfriend and his mate throwing a BBQ on the weekend for about 30 people I decided to cure it so it would keep.
It's a bloody messy job and you're best off doing it with gloves on. There's a reason my photos look so staged, and jumpy because I had to keep washing my hands!
So for a side of salmon - 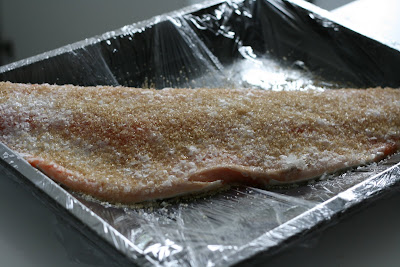 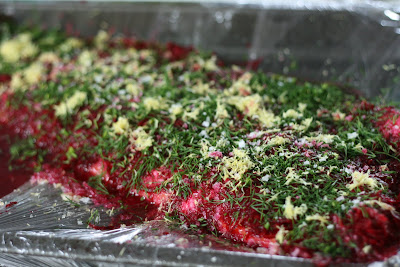 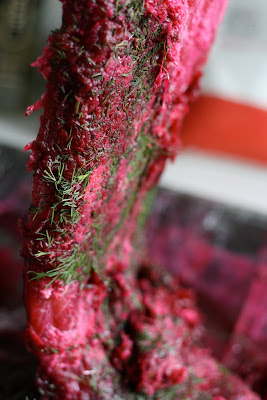 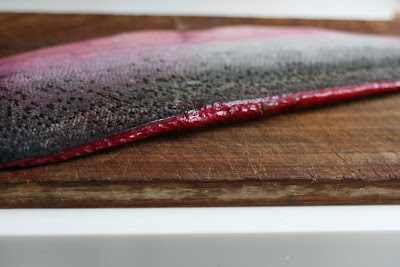 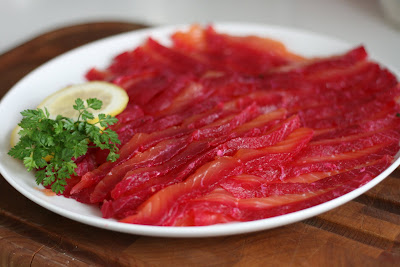 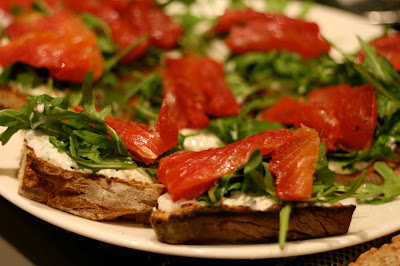 This was also delicious!