I think Soufflé is one of those dishes Masterchef has gone and made us all afraid of. We shouldn't be, they're easy. Chocolate fondants are easy too, don't know why they always get messed up on MC either. So many of the simplest things to cook like fish, scallops etc people are afraid of cooking, it baffles me. It's harder to boil an egg well.
So, this is a cheats soufflé to get you on your way. You can do it with double the quantities in a small frying pan, but I was just cooking for me and I have a mini pan. Like a pan that looks like a stocking present but is actually very useful for making individual tortillas and such.
I'm not going to lie, I made this because I only had one egg in the kitchen...and some smoked salmon. So I would add some chopped fresh chives to the mix if I had any, or you could use some grilled pancetta instead of salmon with some cheddar and thyme leaves.
1 egg
tiny splash of cream
say, 70g of parmesan cheese
100g smoked salmon
smoked chilli salt, pepper
Separate your egg yolk from the white and mix with cheese, cream, pepper and salmon.
Heat your pan on the hob and heat your oven/grill to 200C
Whisk the white until stiff and fold into the yolk mix with a metal spoon.
Put a knob of butter in the pan and pour in the souffle mix. After 2 minutes, take it off the hob and put it under the grill and grill for 5 mins or so until you see it puff up and go golden. 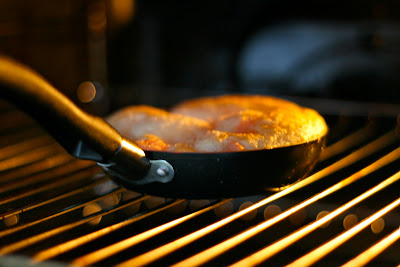 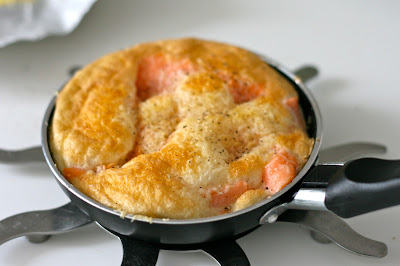 Whilst I write this I am getting peckish which is ridiculous as it is nearly midnight but I have to stay up until the washing machine has finished it's cycle..and I'm writing about food, grrrr. It doesn't help that my friend Vidaltxo is sending me amazing food pics. We met last week making gyoza.. 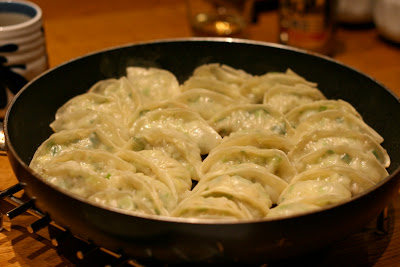 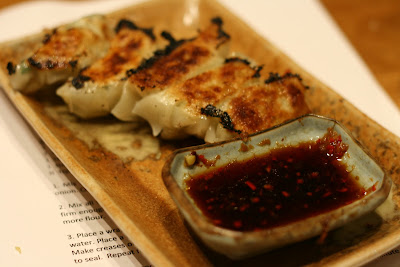 When we met he showed me a picture on his phone of what he had been cooking. It looked like a glass of milk and an Oreo cookie, just as I was thinking, oh this guy is a nutcase, he explained he had made a black sesame cookie sandwiched with mackerel pate with a leek and potato veloute, I had met the Spanish Heston! He is in Valencia at the moment sending me pics of collido gallego and paella. I am so jealous right now, and so cold that they sound such a treat. No lie, I just hair-dried inside my slippers. I will get him back when I'm next in Spain with photos of churros and chocolate!
Machine beeping, cycle finished, bed for me, big day tomorrow.