I have never eaten so much good food for such a long period, we were in India over a month and I miss it. I have cooked a couple of curries and a mean dhal since I've been back but the first thing I did was get sister, brother, boyfriends, girlfriends, niece and nephew round for a well longed for Roast (especially missed over Christmas!)Did the whole thing, bread sauce, stuffing, cranberry sauce.. oh dear feeling full again just typing it. 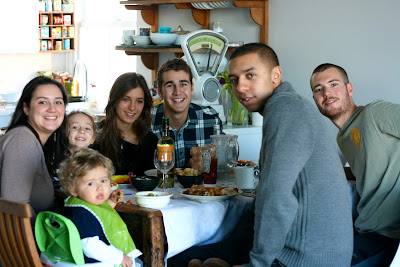 But let's be honest, as comforting as it is, the humble roast is calorific. So, if you're thinking of starting the new year off to a healthier start but want the wintery comforts of slow cooked, rich meat and veggies  buy yourself a smoked pork shin. I did this for Nick and I as an experiment for my new slow cooker and it was lovely. 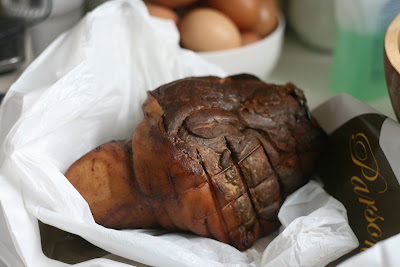 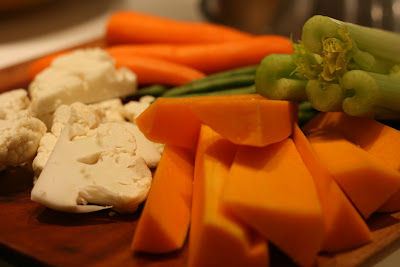 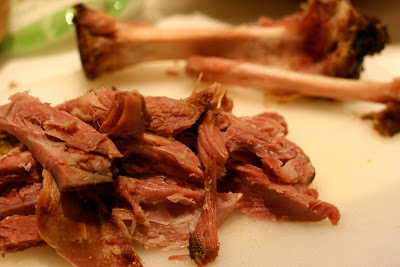 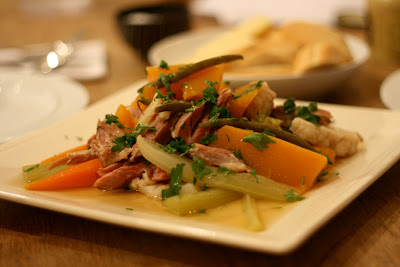 I just popped the shin into the slow cooker and covered with water. I dropped in a couple of peppercorns but no point in adding herbs at this stage as the smoked shin has too strong a flavour to take in anything else. I let it cook for a good 4 hours on low and then removed the meat to a plate and pulled off the ham in chunks from the bone. I then popped the meat back in and added celery, carrots, beans, cauliflower and squash for 20 minutes until tender. Sprinkle with Parsley and soak up juices with crusty baguette and a little dijon mustard. Healthy, hearty and delicious. Oh and it was cheap too, got to love the cheap cuts.
Posted by Milli